S/V Lista Light is named after the Lista lighthouse, in Farsund, Norway (see red circle on map below)

It is the last lighthouse in Norway before the North Sea, near to the southernmost point of Norway. 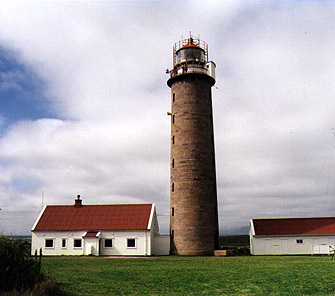 Lista Lighthouse was originally built in 1853, and was lit in November, 1836.
In 1850, it was suggested that the revolving light at Lista should be replaced by three permanent lights for easier identification. Between 1851 and 1852 two additional towers identical to the original one were erected.
At the reorganization in 1873, the northernmost tower was kept, while the other two were torn down.
In 1911, the wick lamps were exchanged with petroleum incandescent lamps. The lighthouse stands 34 m (112 ft) tall and is 39.5 m (130 ft) above sea level. Its light reaches 17.5 nautical miles out to sea